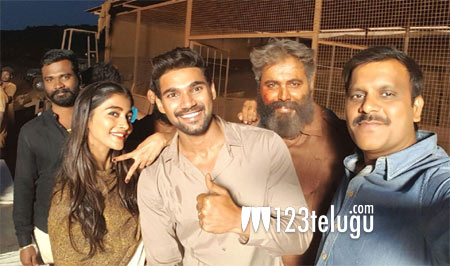 With this, 70 per cent of the film’s shooting is wrapped up. Abhishek Nama is bankrolling this mass entertainer with a lavish budget. Shaktikanth Karthik of Fidaa fame is composing music for this movie.