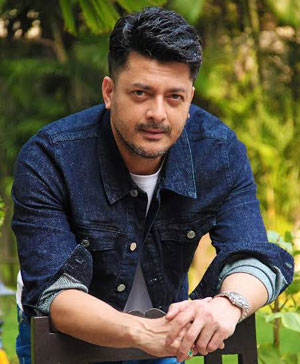 For the last few months, the makers of Thalaivi, a biopic on yesteryear heroine and former Tamil Nadu CM Jayalalithaa, have been on a hunt for the actor who will play legendary yesteryear actor and Jayaa’s rumored partner Shobhan Babu. At one point, there were even speculations that Vijay Deverakonda will be portraying Shobhan Babu’s role in the movie.

But the latest update is that popular Bengali star Jisshu Sengupta has been finalized to play Shobhan Babu in Thalaivi. Jisshu has already begun prepping for his role by watching Shobhan Babu’s movies and he will further be groomed to bring perfection. Jisshu had made his foray into the Southern film industry with NTR Kathanayakudu last year. He was recently seen in a psychopath’s role in Aswathama.