Bharat Ane Nenu gets a humongous release in Bengaluru
Published on Apr 19, 2018 9:39 am IST 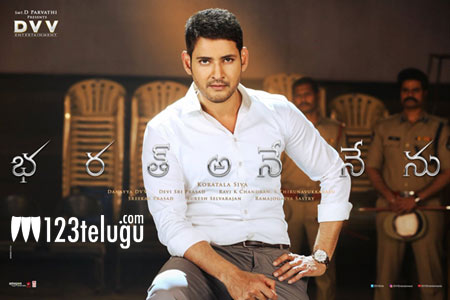 In just a few hours, Superstar Mahesh Babu’s most eagerly awaited political thriller, Bharat Ane Nenu, will be hitting the screens across the world. This Koratala Siva directorial marks the biggest ever release in Mahesh’s career.

As per the latest updates, Bharath Ane Nenu is releasing in over 400 screens on its opening day in Bengaluru. Furthermore, a huge number of early morning special shows are also being planned by the film’s Karnataka distributors.

Mahesh enjoys a huge fan following across the Kannada land and going by the humongous release, the film will recreate several box-office records if it manages to garner a positive talk from the initial shows.