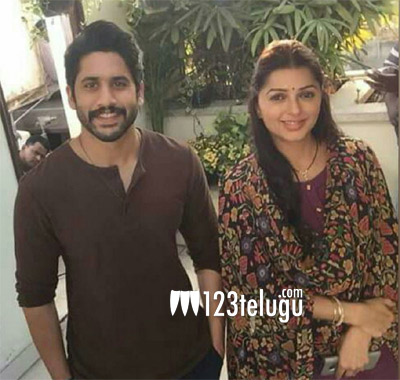 A few days back, a still featuring Bhumika from the sets of Savyasachi went viral all over. We all know that she is playing a key role in the film and the latest we hear is that she will be seen as Chay’s elder sister in the film.

Bhumika is back in Tollywood for her second innings and her role in the recently released MCA has been appreciated all over. Savyasachi also has Madhavan in a special role.

The shooting of the film is currently on in Hyderabad. Chandoo Mondeti directs this film which is an interesting mass entertainer.