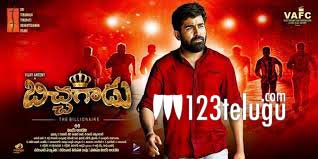 Vijay Anthony became an overnight sensation after the super success of his last film Bichagadu. Because of this, his latest film, Bhetaludu has become a hot cake even before its release.

The pre-release business of this film is huge as the total distribution rights of the film have been sold for a whopping 3 crores which are huge keeping Vijay’s market in mind.

Once again, the quirky trailer has hit the bull’s eye making this film a hugely awaited all over.