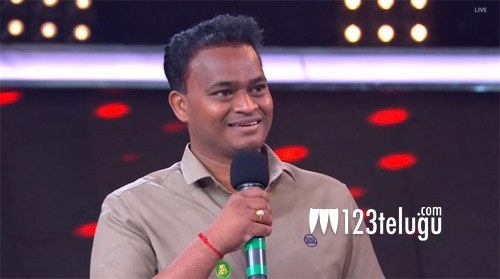 The promotions of F2 have kick started today as Venkatesh and Varun shot for the New Year special show today. Meanwhile, the latest we hear is that Bigg Boss fame Nutan Naidu has played a comic role in the film.

Anil Ravipudi has the knack of roping in different artists for his film and in Raja The Great, he roped in then Bigg Boss show contestant Hari Teja for a special role. Now, he has cast Nutan Naidu.

Dil Raju produces this film which has Tamanna and Mehreen as the female leads.