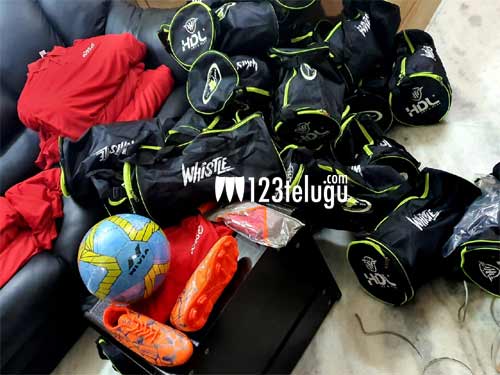 Vijay’s Bigil is gearing up for a grand worldwide release on October 25. The film has a football backdrop and Vijay will be seen as a footballer and the coach of a women’s football team. The makers are building the hype with some unique promotions, including partnering with a local football league.

Meanwhile, the pre-release event of Bigil’s Telugu version, Whistle, will be held tomorrow. During the event, the film’s presenter at East Coast Productions will be presenting football kits to 20 girls and 20 boys from Mars Football Foundation, which supports football development in rural areas.

Nayanthara is the film’s leading lady and Atlee is the director. AR Rahman has composed the soundtrack. Mahesh Koneru is presenting the Telugu version, while AGS Entertainment banner has bankrolled the Tamil version.