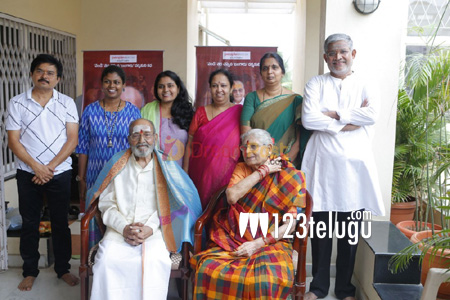 In this season of biopics, a film which will showcase the illustrious life and legacy of legendary Telugu filmmaker K Viswanath was launched today on the auspicious occasion of Gurupurnima. Noted writer Janardhana Maharshi will be directing the film.

Titled Viswanadhadarsanam, with the tagline “Vendithera Cheppina Bangaru Darsakuni Katha”, the film will be reminiscent of Viswanath’s childhood and his rise to become one of the greatest filmmakers in the country. TG Viswa Prasad will bankroll the film in association with Vivek Kuchibhotla.