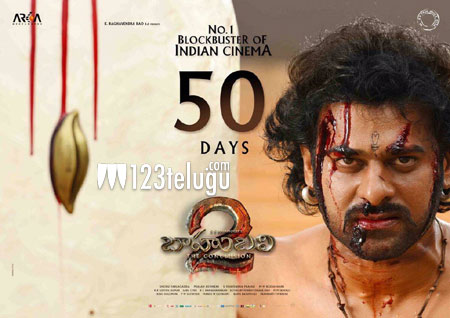 Even though the biggest hit of Indian cinema, Baahubali has completed its fifty days run, it is still going strong in various parts of the country. In states like Kerala, the film is still playing in over 100 screens to date.

Rajamouli became the pride of Indian cinema and took Telugu cinema a new face in Indian film history. Right from the day one, the film has broken every single record possible in the country.

In both Hindi and Telugu, it is the biggest hit to date making it very hard for other films to break its record. Prabhas and Rana have become huge stars in the country with this film which wouldn’t have been possible if the producers Arka Media did not dare to dream big.