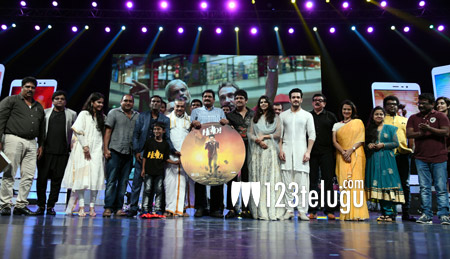 Nagarjuna said that it was his father and legendary thespian Akkineni Nageswa Rao who had taught dance and grace to the Telugu silver screen. Nag went on to say that Akhil reminds him a lot of ANR.

Nag’s speech was mostly about destiny, the film’s basic theme. He said that it’s nothing but destiny that Kalyani, the daughter of director Priyadarshan who had directed him and Amala in Nirnayam, is the leading lady in Hello. Concluding his speech with his favorite phrase, Nag said, “Vasthunnam..Blockbuster Koduthunnam.” Hello is releasing on December 22.