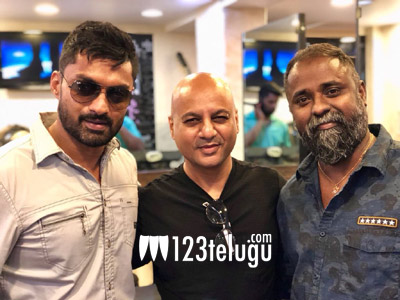 Of late, Nandamuri Kalyanram has been experimenting with his looks in each of his movies. He will soon be seen in a classy avatar in the upcoming romantic drama, Naa Nuvve. And then, the Nandamuri hero will sport a totally new, rugged look for his next project under Guhan’s direction.

For the NKR-Guhan movie, the makers brought Bollywood hair stylist Hakim Aalim on board. The celebrated stylist, whose clientele features stars like Ranbir Kapoor, Abhishek Bachchan, Sanjay Dutt and several other popular Bollywood stars, landed in Hyderabad today and gave a trendy makeover to Kalyanram. The actor looked rugged and manly in the short hair and the beard.