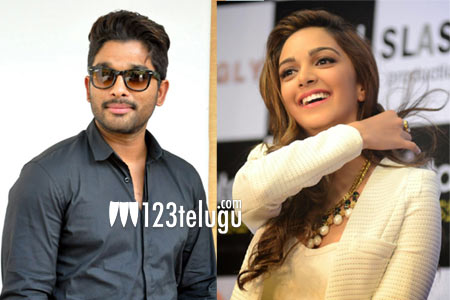 123Telugu had already reported that Stylish Star Allu Arjun is all set to work under Vakkantham Vamsi’s direction for his next. Tentatively titled Naa Peru Surya, with the tagline Naa Illu India, this film’s formal launch is to expected to be held soon.

Now, the latest news is that the makers are planning to rope in M.S. Dhoni- The Untold Story fame Kiara Advani as the female lead in this film. However, an official confirmation is awaited regarding this news.

Sridhar Lagadapati is producing this prestigious project under his Ramalakshmi Cine Creations banner. Keep watching 123Telugu for more updates regarding this film.