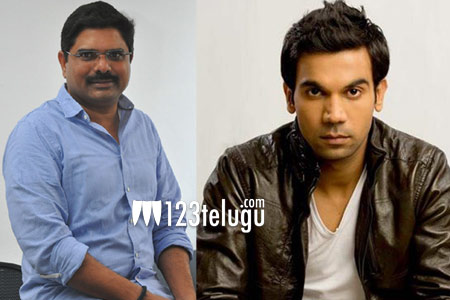 It is well-known that noted filmmaker Madhura Sreedhar had long back announced that he will be directing a biopic based on the life and rise of TRS leader and Telangana CM KCR.

Even Rajkummar is keen on acting in the biopic and the film will go on floors from this year if everything falls into​ place. Madhura Sreedhar is planning to showcase KCR’s life story starting from 1967 to Telangana state formation on June 2, 2014.