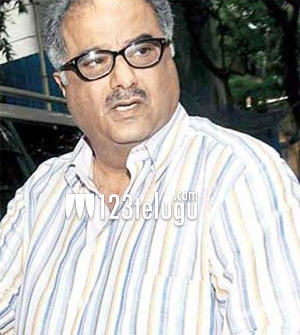 Bollywood filmmaker Boney Kapoor and his family are yet to come to terms with the shocking demise of legendary actress Sridevi. Boney recently opened up about his wife’s last moments during an interaction with popular film journalist Komal Nahata.

And now, Boney plans to make a documentary film on his wife. Boney has reportedly roped in Shekhar Kapur, the director of the Oscar-nominated British film Elizabeth, to direct Sridevi’s documentary. Boney intends to make a film which will be a one-stop visual legacy on Sridevi’s life and her illustrious career. Never before seen footage and audio bytes of people who mattered in Sridevi’s life will be featured in the film.

Shekhar Kapoor had earlier directed Sridevi in the iconic 1987 sci-fi drama, Mr. India, that and starred Anil Kapoor as the main lead.