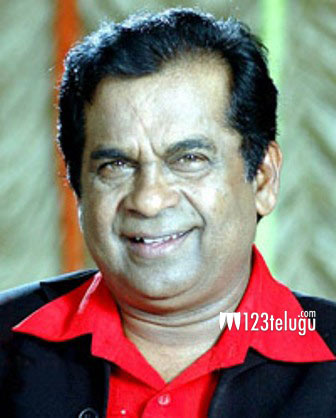 Star comedy actor Brahmanandam is an integral part of most big budget Telugu films and his craze among movie lovers has not diminished one bit. Big heroes like Pawan Kalyan, Mahesh Babu, NTR, Allu Arjun, Ram Charan and Prabhas know this and they have good relations with the actor.

Brahmanandam’s son Gautham is going to try his luck as a hero once again with the film ‘Basanthi’ and the veteran comedian is going all out in the promotions department. Mahesh Babu and NTR have already launched two teasers from the film and Pawan Kalyan will be unveiling the audio album.

Now Allu Arjun has been approached for the launch of ‘Naalo Nenena’ song teaser from the film. No other film in recent times has managed to get so many top Telugu heroes to be a part of the promotions and Brahmanandam has certainly shown how influential he can be, when he wants to.

‘Basanthi’ is set for a release soon and Chaitanya Dantuluri is the director of the film.