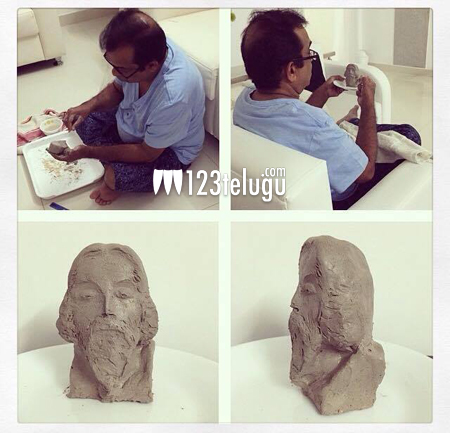 After making a humble beginning in the Telugu film industry, Comedy King Brahmanandam has risen to great heights with his ability to engage the audience with his huge repertoire of skills. Today, he has the potential to carry an entire film on his shoulders with his trade mark comedy.

Off late, Brahmi has taken a liking to clay sculpting and a few pictures of him making Rabindranath Tagore’s clay model have flooded the internet. His artistry is very impressive and one could easily believe that these are made by a professional. Well, working in films day in and day out can get very stressful and such hobbies can keep one refreshed and healthy.