Bunny reveals why Sarrainodu’s success is special
Published on May 5, 2016 12:11 am IST 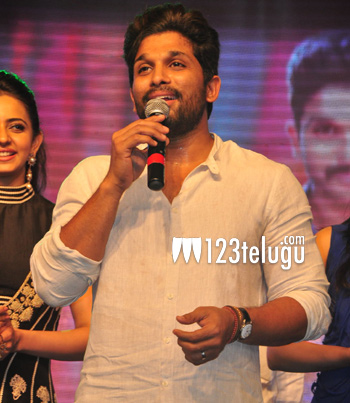 The grand success function of Allu Arjun-Boyapati Sreenu’s latest outing, Sarrainodu, took place in Vijayawada just a while ago. Speaking on the occasion, Bunny said that the success of Sarrainodu has given him the kick which no other film did in his career.

Explaining why, Bunny said that he has scored a hit with his father this time and that this success is forever special to him. Speaking earlier, the film’s producer Allu Aravind said that it was his suggestion that Bunny should work with Boyapati to penetrate into the masses and he is relieved that his belief in Boyapati has paid off.

Sarrainodu is still having a decent run at the box-offices across the two Telugu states.