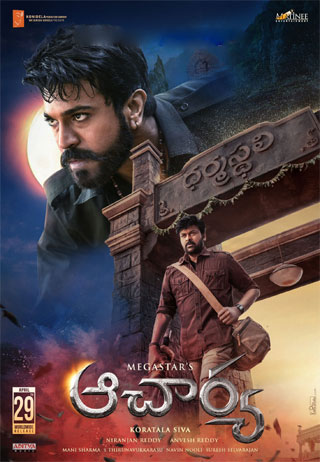 Megastar Chiranjeevi and Ram Charan starrer Acharya is all set for a grand theatrical release worldwide on April 29, 2022. Directed by the successful filmmaker, Siva Koratala, the flick has Pooja Hegde as the lead actress.

The grapevine is that the makers have plans to release another trailer to raise the expectations on the movie. It is a fact that Acharya’s trailer, released a few days ago, failed to impress a section of people. So, we can expect a new trailer before the release of the movie.

Produced by Konidela Production Company in association with Matinee Entertainment, the action entertainer has Sonu Sood as the protagonist. Manisharma has rendered tunes for this mega movie.