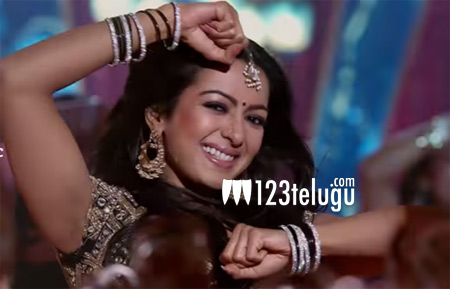 Catherine Tresa is one of the most glamorous actresses in the industry today and recently, her role in Gautam Nanda made everyone sit upright and take notice of her oomph and sensuality. And now, she has done it again in Boyapati Sreenu’s upcoming film Jaya Janaki Nayaka.

Apparently, the actress said yes to a special song in the film since she had worked with Boyapati previously in Sarrainodu, which went on to become a huge hit. A teaser of her special song, ‘A for Apple’ was unveiled at the audio launch of the film and it certainly looks like Catherine is going to scorch the screen with this song.

The film stars Bellamkonda Sai Sreenivas, Rakul Preet and Pragya Jaiswal in lead roles and it’ll hit the screens on August 11. DSP has scored the music.