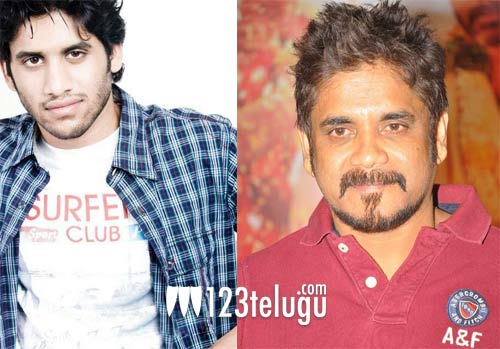 Everyone has been talking about Nagarjuna’s new look these days. Despite turning 52 recently, he can give any actor from the younger generation a run for his money. And, on a lighter note, it looks like even his son, Naga Chaitanya is feeling the heat. Talking to a leading newspaper, Naga Chaitanya said, “I’m very jealous of my dad’s new look. I’m happy to see him rocking even in his 50s. After all, he is Tollywood’s manmadhudu.” Naga Chaitanya is currently shooting for the Telugu remake of Lingusamy’s Vettai which had Arya and Madhavan in lead roles. He’s reprising Arya’s role and Tamannaah is his love interest in the film. It’s his second film with Tamannaah and their earlier film 100% Love turned out to be a huge hit. Kishore is directing the film and it also stars Sunil and Andrea Jeremiah in lead roles. Apart from this film, Naga Chaitanya will be soon seen in Deva Katta’s upcoming political drama Autonagar Surya which might hit the screens towards the end of October.