Chandrasekhar Yeleti set to break new ground in his next film
Published on Dec 28, 2012 12:00 pm IST 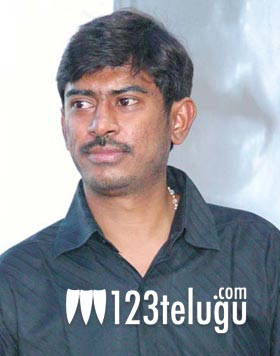 Chandrasekhar Yeleti’s name has so far been associated with films which have been quite experimental in nature. His debut film Aithe was critically acclaimed and later with films like Anukokunda Oka Roju, Okkadunnadu and Prayanam, he has carved a niche for himself in Telugu cinema. After a brief gap, he’s coming up with a new film which has Gopichand and Taapsee in lead roles. We had earlier reported that it’s an action adventure in which a commoner goes on a treasure hunt. It’s the first time he’s experimenting a genre like this and the latest buzz is that the film’s climax is going to be a big highlight.

The film is currently being shot in Ramoji Film City in Hyderabad and buzz is that the climax is going to feature some extraordinary special effects. For the past few days, Taapsee had been hinting what is in store for the audience. “Shooting for d climax of chandu sir’s movie n getting eaten up by colorful flies. An amazing climax on its way to surprise u all!,” Taapsee posted on Twitter recently. The film was earlier shot in Ladakh and it’s going to feature quite a few dangerous action sequences including Bushkazi. BVSN Prasad is producing the film and Shamdat is the cinematographer. The film is expected to hit the screens early next year.