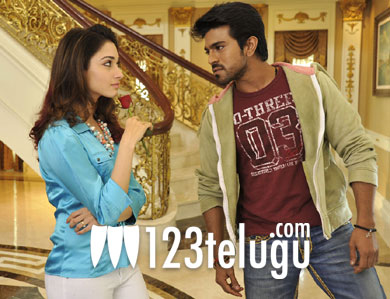 Mega Power Star Ram Charan Tej has completed dubbing for the film ‘Raccha’. The movie is nearing completion and as per the producer’s announcement, it will hit the screens on April 5th. Raccha has Tamanna in the the lead role opposite Charan.

Sampath Nandi is the director of this movie and Mani Sharma has scored the music. The film is being produced by Mega Supergood movies banner. Raccha has some very expensive action sequences shot in exotic locales.