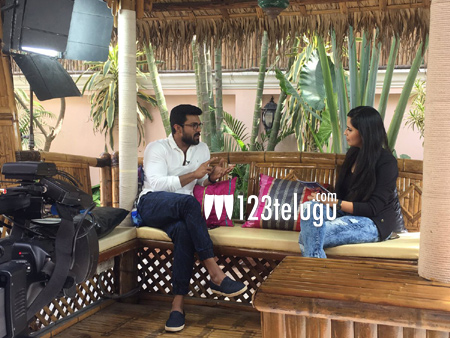 Now that the release date is nearing soon, Charan has started his round of promotions. The superstar has started giving out interviews which will be out soon. Geetha Arts and the team, are doing everything to make this film a huge hit and Charan himself is leading from the front.

The pace of the film has picked up after the rocking trailer was released. Aravind Swamy and Ram Charan will be facing off in this action entertainer which is directed by Surender Reddy.

Allu Aravind produces this film which will have Ram Charan in a superb cop role. His chiseled body will be a huge attraction for the film.