Yesterday, Pawan Kalyan said in a public meeting in Srikakulam that he will ask his nephew Ram Charan to adopt a village which is affected by the cyclone Titli. Obliging his uncle’s request, Charan released a press note today, saying that he will announce his village adoption plans.

Charan said that he is happy and privileged to be in a position to contribute and make a difference. He further said that he has already asked his team to locate the areas which will benefit by his contribution. Charan concluded saying that he will make a formal announcement very soon. 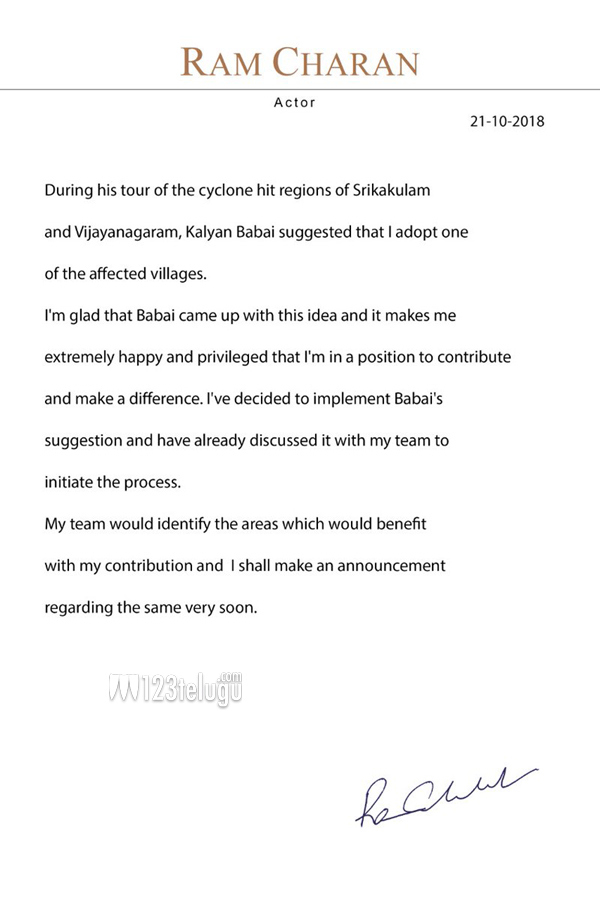