Charan’s character in VVR reminded me of mine in Gang Leader: Chiranjeevi
Published on Dec 27, 2018 11:59 pm IST 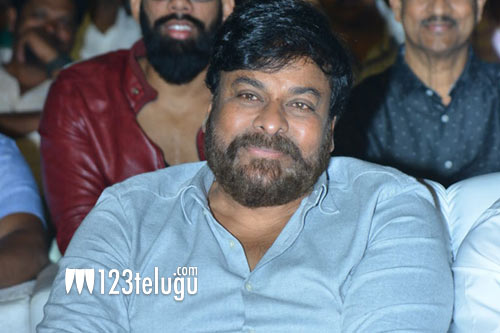 Megastar Chiranjeevi was the special guest at tonight’s pre-release event of his son Ram Charan’s Sankranthi entertainer, Vinaya Vidheya Rama. Speaking at the event, Chiru said that Ram Charan’s character in VVR reminded him of his role in his iconic yesteryear blockbuster, Gang Leader.

“In VVR, Charan plays the role of a ‘protector’ who protects his family members. Although VVR’a story has no similarities with Gang Leader, Charan’s role is similar to mine in Gang Leader,” said Chiru. The Megastar also revealed that it was him who had encouraged Charan to work on an out-and-out mass entertainer under Boyapati Srinu’s direction.