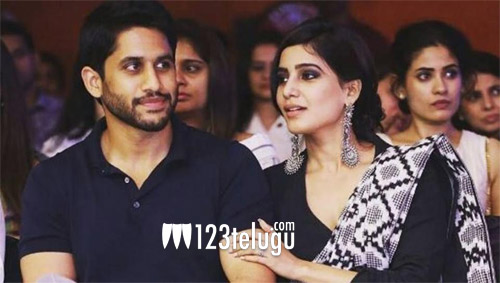 It is well-known that Naga Chaitanya and Samantha will be teaming up for the fourth time in a film to be directed by Ninnu Kori fame Shiva Nirvana. This will be Chay-Samantha’s first film after marriage and naturally, there has been a huge craze for the project.

In a latest interview while promoting his upcoming film, Shailaja Reddy Alludu, Naga Chaitanya revealed that the film’s shoot will begin either in the last week of September or the first week of October. “After our marriage, Sam and I wanted to do a mature love story and that’s when Shiva Nirvana had narrated this subject to us. The film showcases the ups and downs in the lives of a young married couple,” said Chay.

Clarifying the ongoing rumors around the film’s title, Chay said that the title is yet to be locked. Hindi TV actress Divyansha Kaushik is essaying a crucial role in the movie. Sahu Garapati and Harish Peddi will be jointly producing the movie under Shine Screens banner. Gopi Sundar will compose the music.