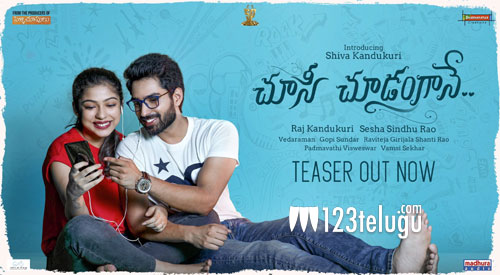 Raj Kandakuri is a known producer in Telugu and now his son, Shiva Kandukuri is all set to make his movie debut.

He is coming up with a film called Choosi Choodangane which is a youth romantic entertainer. The teaser was launched today.

By the looks of it, the film is all about a young man who falls in love with a girl at a point in time when things are not going well for him.

The BGM and visuals look clean and Shiva is looking pretty sharp for his first film. Varsha Bollama of Bigil fame is the heroine of this film.

The film is directed by Sesha Sindhu Rao and has music by Gopi Sundar. Raj Kandukuri produces this film which will be out soon.