Clarification on Vijay Deverakonda’s film with young director
Published on Apr 7, 2020 8:00 am IST 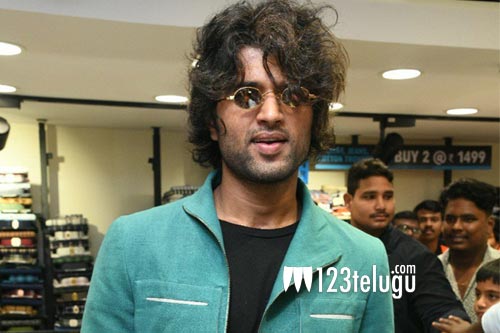 A couple of days ago, there were several reports that Tollywood heart-throb Vijay Deverakonda will be teaming up with young director Vivek Athreya of Brochevarevaru Ra fame. Vijay is currently busy with Puri Jagannadh’s Fighter and his film with Vivek Athreya was rumored to be going on floors later this year.

However, the latest reports reveal that there is no truth in these reports and that no such plans are in store as of now. Even though Vivek had narrated a script to Vijay sometime back, the actor hasn’t given him a word yet, according to the reports.

In fact, after Puri’s Fighter, Vijay will be joining hands with Majili director Shiva Nirvana for an interesting project.