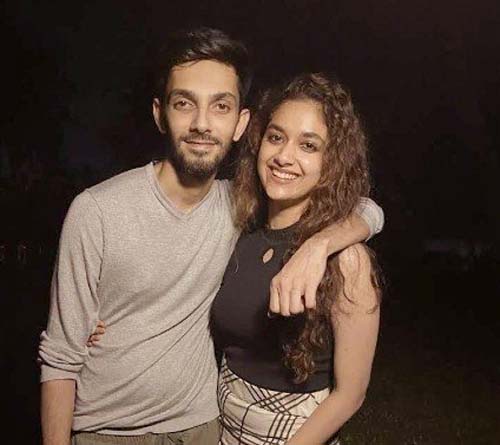 It all started with young heroine Keerthy Suresh sharing a picture in which she was posing with star Kollywood composer Anirudh Ravichander a couple of days ago. Rumours of Keerthy and Anirudh seeing each other began spreading like wildfire.

While neither Keerthy nor Anirudh have responded to the speculations, their close friends have rubbished the relationship rumours. Friends of both the young stars have told the media that both Keerthy and Anirudh have been good friends for a long time and that there is nothing beyond that between them.

While Keerthy is just shooting for Sarkaru Vaari Paata with Mahesh Babu, Anirudh too has a handful of exciting projects in his kitty.