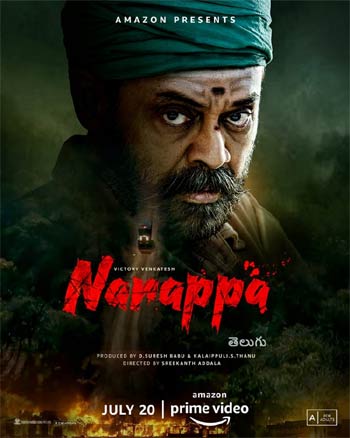 It is a known fact that Narappa was in talks for a big OTT release. Amazon Prime had bought the rights for a whopping amount.

A week back, news came out that the makers are trying hard to revoke the OTT deal and head for a big-screen release. But things have changed as the OTT release has been confirmed now.

The film will be out on July 20th as per the latest update. The makers have already started the promotions and the trailer will be out soon Srikanth Addala directs this film.