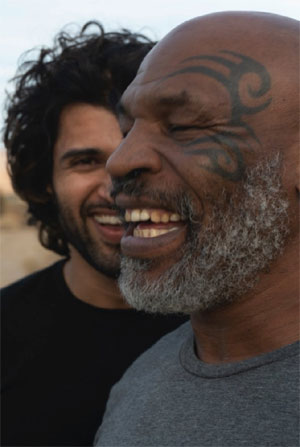 The big day has arrived. The team is currently in USA to shoot the crucial sequences involving Legend Mike Tyson and Liger Vijay Deverakonda. The shooting schedule has begun today and they are canning these important scenes in a grand manner.

The poster shows candid moment of Tyson and Vijay. They are seen all smiles, but they will not be same, when director calls ‘action’ to shoot their portions, as both play intense roles. They together are going to set the screens on fire.