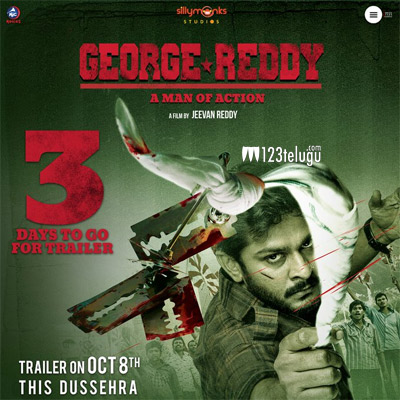 George Reddy is a film that caught the imagination of many. Based on a real-life hero, this film trailer will be out in three days from now.

The talk is that the trailer is going to be quite realistic and hard-hitting with superb emotions. Jeevan Reddy of Dalam fame is directing this film.

Starring Sandeep Kumar (Sandy) of Vangaveeti, the movie is being produced by Appu Reddy and Damu Reddy.

The movie is about the life of an influential student leader of the ‘70s who inspired everyone with his revolutionary thoughts and ideology.