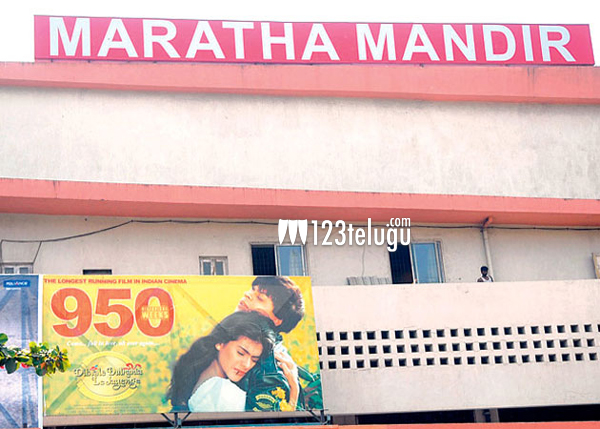 We all know what impact did Shahrukh Khan’s Dilwale Dulhania Le Jayenge’ have on us in the early 90’s. This Aditya Chopra blockbuster which was released on October 19, 1995 is still running in a theater called ‘Maratha Mandir’ in Mumbai.

The SRK and Kajol starrrer, has completed around 950 weeks and is the longest ever Indian film running in theaters till date. But sadly, the theater owners have now decided to draw curtains to this film and will remove it once it completes 1000 weeks in December. Produced by Yash Chopra, DDLJ took SRK to new heights of stardom and broke almost every record in the industry those days.