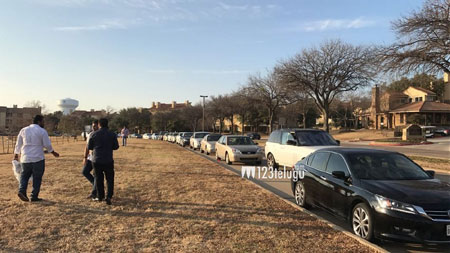 This Sankranthi, fans of Nandamuri Balakrishna ensured that the celebrations are no less in the US than in the two Telugu states all thanks to the grand release of Balayya’s prestigious 100th movie, Gautamiputra Satakarni.

On the eve of the film’s release, large groups of Balayya fans in Dallas, Texas and New Jersey and many other cities have carried out a huge car rally with 100 cars. The celebrations later continued with cake cuttings at all the theaters premiering GPSK.