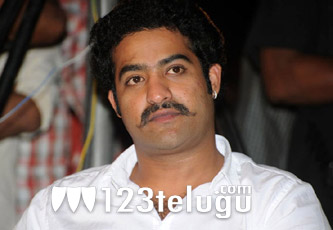 Young Tiger NTR’s ‘Dammu’ was supposed to shoot in Pollacchi but sources say that the movie’s shoot has been postponed to December 2nd. Extremely bad weather and a freak accident on the sets are said to be the main reasons.

One of the set boys fell into the water due to an attack of fits and drowned. The whole unit was very disturbed by this unfortunate development. Before that, extremely heavy rains delayed the shoot. The new schedule has now been confirmed for December 2nd.

NTR will be seen in a very powerful role in Dammu and Boyapati Sreenu is working extremely hard to make the movie a massive success. Trisha is the heroine in this project and Kartheeka is the second lead. Bhanupriya is playing the role of NTR’s mother. Keeravani is scoring the music for this movie. Dammu is scheduled for an April 2012 release.