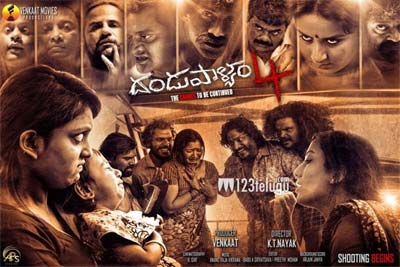 Less than a week after the posters of Dandupalyam 4 were launched, several actors who were said to be part of the project have distanced themselves and even issued a statement that the producer of the film is misleading everyone. Just days after Makarand Deshpande and Ravi Kale issued video statements that they aren’t part of the project, now Pooja Gandhi too has denied being part of the project.

“I would like to clarify that I am not doing Dandupalyam 4. This is a joke! No one has even approached me or my associates regarding the same, how can anyone use my name or picture without my consent? As I am not a part of this project, I request the makers to keep my name and pictures out of any news regarding the film,” Pooja Gandhi said.

Even the director of the Dandupalyam trilogy Srinivas Raju has clarified that he has got nothing to with Dandupalayam 4 and alleged that the makers are just trying to cash in on their brand name. To be directed by KT Nayak, Dandupalaym 4 will be produced by Venkat, and now it remains to be seen who’s going to act in this film.