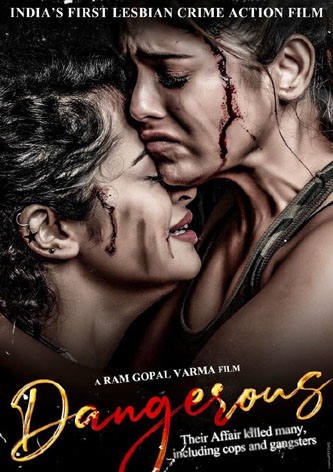 RGV is back with yet another announcement. He just unveiled the intense and bloody first look of his new film, Dangerous. The film features Naina Ganguly and Apsara Rani in lead roles. RGV claims that Dangerous is India’s first lesbian crime thriller.

“Dangerous will be the first in india to culturally elevate the stigma of LGBT after the honourable Supreme Court repealed section 377,” RGV tweeted, as he announced the movie. He went on to describe the film as a “darkly passionate high intensity lesbian love story between two women.”