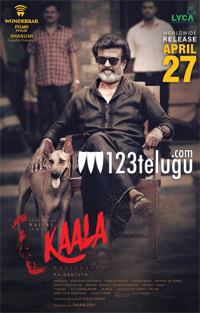 All eyes are on Super Star Rajinikanth’s upcoming gangster drama, Kaala. The film is slated for April 27 release. Rajini has joined forces with director Pa Ranjith yet again after their 2016 film, Kabali.

Now, the latest buzz in Kollywood circles is that Kaala’s highly-anticipated teaser will be released on March 10. However, the makers are yet to come up with an official announcement. In Kaala, Rajini will be seen a power-packed role of a slum-lord turned politician.