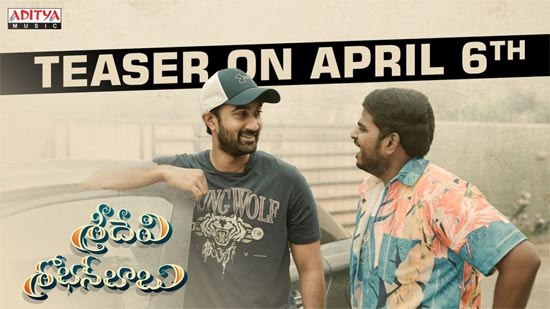 Young and promising Telugu actor Santosh Sobhan, who delivered a couple of decent hit movies last year, is coming again with another movie called Sridevi Shoban Babu. This is the maiden feature film of Megastar Chiranjeevi’s daughter Sushmitha Konidela as a producer.

Today, the makers took to social media and announced that the teaser will be released on April 6, 2022. The team has released a funny video featuring Santosh Shoban to announce the same.

Kollywood actress Gouri G Kishan of ’96’ fame is roped in to play the female lead in this romantic movie. Directed by Prasanth Kumar Dimmala, the movie is bankrolled under the GoldBox Entertainment banner. Kamran has composed the music for this movie.