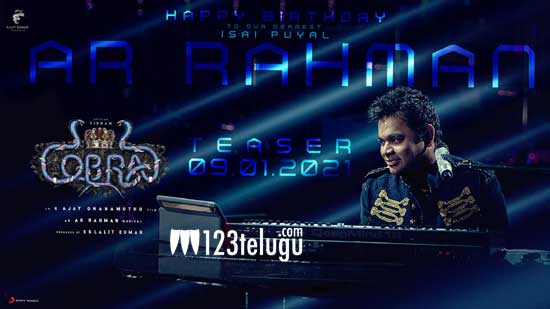 The shooting for Tamil star Vikram’s pan-India project, Cobra is underway at a fast pace. News came out a few days ago that the film’s first look teaser date will be announced soon.

Meanwhile, today being the film’s music composer AR Rahman’s birthday, the team has released a birthday poster on which the film’s teaser date is mentioned as 09.01.2021. Reportedly, the teaser will be attached to Thalapathy Vijay’s Master’s theatrical prints.