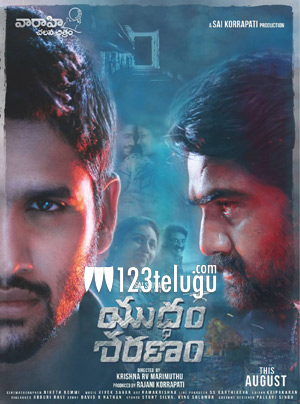 Naga Chaitanya’s upcoming romantic action thriller, Yuddham Sharanam, was supposed to release on August 11. However, the film was postponed to avoid the cut-throat competition at the box-office on that day.

According to the latest buzz, this intense thriller may be hitting the screens on August 25. However, this is merely a speculation and the makers are yet to make an official announcement. Senior hero Srikanth will be seen in a negative role in the movie.
Yuddham Sharanam stars Lavanya Tripathi as the female lead. Debutant Krishna Marimuthu is the film’s director and Sai Korrapati is the producer. Pelli Choopulu’s music composer Vivek Sagar has scored the soundtrack.