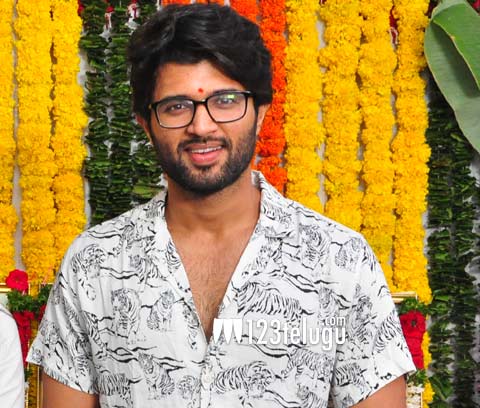 Several top directors like Sukumar, Kortala Siva, Chandrasekhar Yeleti, and music director M M Keeravaani graced the opening ceremony. We had earlier reported that the film is set in the backdrop of Kakinada and Rashmika will be seen as a cricketer in the film.

Meanwhile, soon after the film’s launch, Vijay took to Twitter and wrote an emotional post about Bharat, the film’s director. Addressing Bharat, he said, “Dear Bharat, I know how big a moment this is in your life and the tears in your eyes showed me the years you’ve put into this dream. I am glad I can play my part in seeing a director as skilled and genius as you tell his stories. You will blow minds.” More details about the film are awaited.

I thank Yash mama, Mythri Movies and Sukku sir, Koratala sir, Yeleti sir and Keeravani Garu for being there 🙂