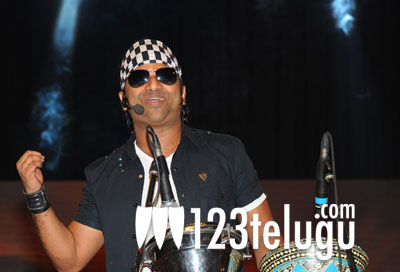 Devi Sri Prasad’s energy levels need no introduction. The ace music director goes into a state of trance everytime he’s on stage and delivers a rocking performance. In the past, he had performed at various events held in Hyderabad and Chennai. Now, for the first time ever, he’s going to perform on stage in Bangalore. “3 more days for my ‘First Ever Show’ in Bngalore..on 21st..National College Grounds.6.30pm! So Bnglre, Let’s Rock together n hav FUN.!!:)),” he posted on Twitter. He has been invited to perform as a part of 50 years celebration of Bengaluru Ganesh Utsava which is held annually by Sri Vidyaranya Yuvaka Sangha. Interesingly, he’s going to share the stage with legends like Ilayaraja, Yesudas and other singers like Shankar Mahadevan, Shaan and Sonu Nigam. Currently, Devi Sri Prasad is busy composing music for Suriya’s upcoming Tamil film Singham 2 and his other projects like Alex Pandian, Naayak, Sir Osthara, Zanjeer’s remake and few other projects.