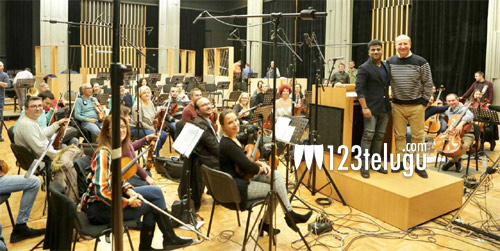 The newly released singles from Mahesh Babu’s Sarileru Neekevvaru received a stupendous response from the audience. The third single ‘He’s Soo Cute’ has become an instant chartbuster and fans are all thrilled with the song.

DSP during the film’s launched promised that Superstar fans will not be disappointed and as promised, he is delivering some of the best tunes for the film which have now gone viral all over.

The fourth single will be unveiled next Monday and the talk is that this song is also going to be a crazy one. For this film, Devi worked with a huge Orchestra from Europe and recorded a superb song.

Directed by Anil Ravipudi, Sarileru Neekevvaru is announced for the January 11th, 2020 release during Sankranthi 2020.