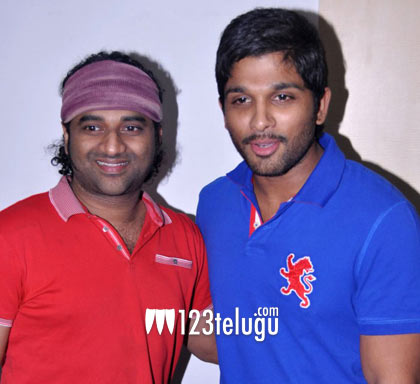 Music director Devi Sri Prasad and Stylish Star Allu Arjun make a good team. Devi Sri comes up with some superb numbers for Allu Arjun almost every time. Going by the latest buzz we are hearing, this combination will rock once again in ‘Iddarammayilatho’.

Apparently, Devi Sri Prasad has come up with a very good music album for the movie and one particular song has caught the attention of everyone in the team. This song was originally supposed to be canned in Europe. But Puri Jagan and Allu Arjun were so impressed with the number that they have decided to film the song on a much grander scale. They are planning to shoot this song on a grand set with expensive pyrotechnics.

Because of this change of plan, the production team is coming back to India on March 28th, a few days ahead of the original schedule.

Let us see what magic Devi has in store for Allu Arjun’s fans this time.