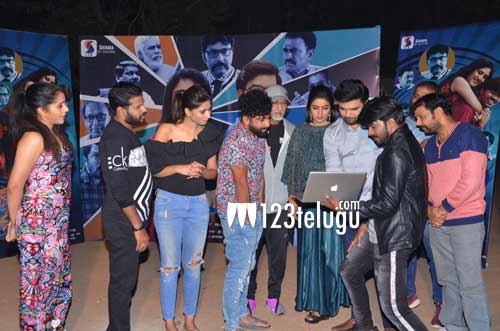 It is a known fact that actor Sudigaali Sudheer, of Jabardasth, Dhee, Pove Pora fame turning hero with a film titled Software Sudheer.

The trailer of the film was launched in a unique manner. Popular choreographer, Chinni Prakash released the trailer and wished the entire team a great success.

The film has Dhanya Balakrishna as the heroine. Software Sudheer is produced by K.Sekhar Raju in Sekhara Art Creations.