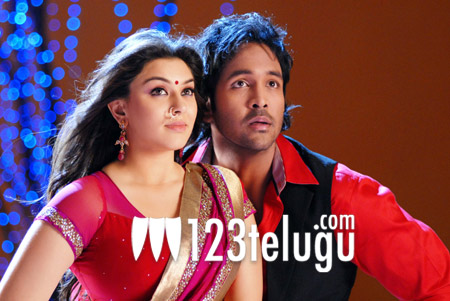 Vishnu Manchu’s upcoming film Dhenikaina Ready is gearing up for its wide release in October. G Nageshwara Reddy has directed this romantic family entertainer. Vishnu and Hansika have played the lead roles. The film’s logo is going to be launched later today in Gandharva Mahal (UKUP set) near Manikonda, Hyderabad in the presence of Mohan Babu. The film has been under production for quite sometime and recently couple of songs were shot in Thailand. Vishnu is quite confident about the film and has stated that it’ll be on the lines of Dhee. Kona Venkat and Gopi Mohan have written the script and Chakri has composed the music. Vishnu has produced the film on 24 Frames Factory banner. His last film Vasthaadu Naa Raju released in 2010, but Vishnu is quite confident about Dhenikaina Ready’s success at box office.