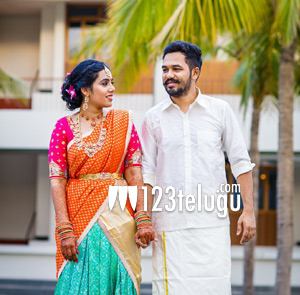 Adhi and Latchaya got engaged in a private ceremony, graced by close friends and family members. On the work front, Adhi recently turned hero and director with Meesaya Murukku. His next Telugu movie will be Nani’s upcoming film, Krishnarjuna Yuddham.