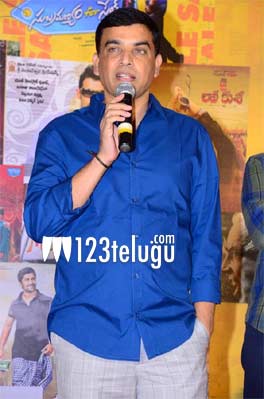 Dil Raju is one filmmaker who often gives a chance to young directors and technicians. He has introduced several directors to the Telugu film industry and will do the same in the coming years says, Dil Raju.

Speaking at the 20 years completion of his banner SVCC, Dil Raju said that there is a talk going on that I have stopped giving chances to young directors. But I promise you that if anyone comes with a memorable script, I will surely give them a chance in the future.

He also added that the scripts need to be really different and should cater to today’s audience. Dil Raju is busy with the shooting of his new film Sarileru Nikevvaru starring Mahesh and Rashmika.