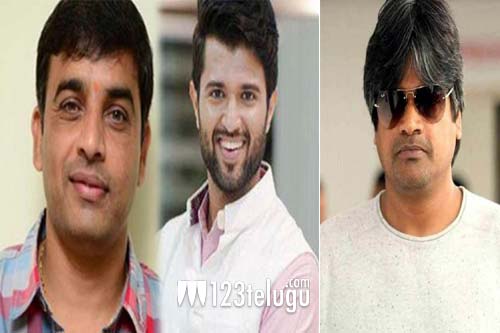 Vijay Devarakonda is a star in his own right. Though he has done very few films, he has a roaring fan following and craze all over the country. As of now, he is doing a film called LIGER with Puri Jagan.

But now, the latest gossip in the film circles is that he is in talks to do a film with Harish Shankar as the director. What’s more special is that Dil Raju is the man who is trying hard to make this project happen.

Though there is no confirmation, this news has become a hot topic. Harish is busy with Pawan Kalyan’s film as of now and if everything falls in place this film with Vijay Devarakonda might also happen.